This slide show, is centered mostly, on the historic precinct, of Corio Street, Shepparton, Australia.
I took the images, on what for here, was a brutally cold night.
I should have warn my, my Keen hiking boots, and not my Converse all stars. :/
The wet, freezing concrete, went straight though the soles.
There are several, wonderful houses down the street, and many, are heritage listed.
Included, in that group of houses, are several, excellent examples, of Australian, Californian, bungalows.
It should be noted, that, not all, of the historic houses, are pictured.
Thank you, www.bensound.com/, for the music.
The images where taken on 8/07/2017.

Below, are a couple of essays, l wrote, about some of the houses, of Cario Street.

What makes a building historic?

The building as a document.

Graeme Davison, defines that, (and to paraphrase), what makes a building a document, is that, “…namely…it …throws light on a significant aspect of the lives of people in the past” . That, (and to paraphrase) “…it is not just, as an antique, nor as a shrine, but as a document, as a piece of vital evidence about the past society that created it, that a building deserves to be regarded as historic…”
The houses, can be described as Californian Bungalows. But can they be described, as a document?
The three buildings, can be used to show a building as a document. They display, a period of time in Australia, where an importation of American architectural influence occurred.
Built after 1913, they represent, a snapshot into Australia’s past. This past, boundaries, several environments, that of building materials, design and availability of capital, realize an architectural objective.
They show a time, where Australia was adopting, a style of domestic architecture, that was less influenced by British style, and more so, by buildings found in California.
They portray (and to paraphrase) “…the concept of the bungalow as a cheap and attractive form of permanent suburban housing for the masses that was stimulated by a variety of economic and social factors…” , all contained, in new interpretations, that where built for a climate, that mirrored that of California.
The Californian Bungalows, represent both individually, and as group, historic buildings, and exceptional examples, of three remaining Californian bungalows. They full fill, under section 1.3 of the City of Greater Shepparton Heritage Study, stage two, the requirements, that (and to paraphrase), a building, “may reflect local historical themes or have particular historical associations or social value” . They are a display, of a paradigm shift, in the building, and design, of Australian housing.

The building as an antique.

Are the houses antiques?
Grahame Davidson describes antique, as interchangeable with historic. That (and to paraphrase) “…in layman’s language …” antique and “…’historic’ often means nothing more than ‘old’…” That a“… building becomes ‘historic’ if it is old enough, and in danger of demolition or decay…”
Does this describe the three Californian bungalows? Possibly. Although Heritage Australia has only classified “50 buildings” that “…were constructed since 1900…” as being worthy of being on the ‘”Historic Buildings Register” , it can be argued, that they are indeed, historic, or old.

Although, only being built, some time since 1913 , they arguably, represent historical buildings that are, aesthetically pleasing, and, or, culturally significant. Architecture, that is approaching 100 years of age, or its centenary. It can be said, that when comparing their age too many antiquarian, European, historical residential buildings, they might be found lacking. But in relative terms, to the age of the colonization of Australian, their existence, may represent a figure, approximately 50 percent, of the total time of colonization.

The building as a shrine.

Do these four buildings, represent a building as a shrine?
A building, as a shrine is described by Davidson, is, (and to paraphrase), also interchangeable with historic, “that a building, and Ruskin went as far as to claim, that it was, “not until”, a building has been entrusted with the fame, and hallowed, by the deeds of men, until its walls have been witness of suffering and its pillars rise out of the shadows of death’ that it gained an aura of the historic.” To date these four buildings have not produced nor housed any person, nor event, to the level of national, and or international acclaim, that Davison, refers to in quoting Ruskin.

Are the buildings historic?

Out of the three requirements of Davidson, the houses full fill, at least one fully, one arguably, partially, and one not at all. The buildings also full fill, at least, one, of the City of Greater Shepparton, Heritage Study requirements. The buildings as they are, produce a historical reference, into the changing architectural landscape, of Australia. The Californian Bungalows, show a change from an Australia, predominately influenced by England, to an Australia, that was more pragmatic, in its selection, of architectural design, one, that still valued ascetics. The bungalows, displaying evidence, and insight, into that era of change.
The buildings as per Davison, are historic.

Houses, can be read as documents, both, telling us about past environment found in the house, and the environment found external to the house. Marilyn Lake wrote that, (and to paraphrase), “that buildings are social and cultural products”, and it can be further said, that they are economic products as well.
Lake’s lead can be followed, when reading the house as a document. Although in this instance, unlike Lake, the houses will not be read as domestic environments, that woman could have found themselves, as Lake did. Instead the houses will be used, to read the development, of a community, through a correlation. The houses of 81, 83, 85-87 and 89 Cario Street, display a window, into the past lives of the people that lived there, and a window into the lives, of the people as members of a rural community.
The land, was subdivided into blocks, during 1877, by Alfred Leahy, with the street named by Leahy, approximately seven years earlier, in 1870.
The initial houses, on the blocks, were built sometime between the dates 1890 to 1930, and where designed by Shepparton architect J.A.K Clarke.
These houses appear, some 57, to 95, years after the first European, Major Thomas Mitchell, traveled through the area in 1835.
The buildings where built between 40, to 80 years, after a village was established, that centered on the punt service of, Patrick Macguire.
The building of the house at 85-87, correlates, to the irrigation of the area, which began in 1888. The remaining three houses development, can be correlated to the establishment, and development, of the Shepparton Preserving Company, in 1918. And they can be seen as a by-product of irrigation, and or the wealth indirectly, or directly generated, by intensive farming.
The history, of the settlement of the land, its subdivision, and naming of the Street, show a deliberate process, of development, over a 95 year period.
The original rates books for the four houses, lists them, as being weather board dwellings, between, 1932, and 1933 , although anomalies exist.
The buildings, as they stand today, display a growth in wealth, and development of the area; one aided by irrigation, intensive farming, and the industrialisation , of manufacturing, in the area. They display wealth being applied. Wealth, applied, to build, beautiful houses.

The Shepparton heritage study stage two, and the rates books, show several anomalies. The rates books list, the house at number 81, as an interwar period home 1919-1940, and the house at number 83 as a federation/Edwardian period, dated 1902-1918. This is incorrect, as the building is an interwar period home, built in the Californian bungalow style. Number 85-87 is classified as a Federation/ Edwardian style home, and this may be where, the classification, is made erroneously, for number 83. Number 89, was built in 1940.
The four houses, display a level of architectural involvement, which places them outside, of a utilitarian workers cottage. They are examples, of arguably. ascetically pleasing houses, designed for individuals, with a degree. of disposable income. The professions, of the occupants, and, or owners, over that period of time range from woman doing home duties, a herbalist, grocer, real estate agent, and a farmer . Over the period of 1890-1940, the variation in tenants, and occupants occupations, remains relatively steady and constant. One owner Godfry Chew, being in residence for 17 years. A herbalist, Godfrey Chew lived at number 89, between the years 1922-1939 . Godfry’s choice, of area to live, may have been racially influenced. His home being in an area, of people, of relatively high social standing, and or income; thus potentially avoiding, the race related issues, of lower socioeconomic groups, found elsewhere in Shepparton.
The street, was surveyed by Leahy, and developed with the area around it. The houses, that stand there today, can be seen, as a direct result, of the development, of the area. The houses, developed, and the street developed, parallel to the industrialization, of the region, into a processed food producing area. The houses showing a relationship to the Goulbourn Valley’s development, and the areas high emphasis, on processed food, and the establishment, of intensive irrigated farming.
Number 85-87, was built in the Federation Edwardian style, and its construction, corresponds, with the initial surveys, of the area. Later 81, 83, and 89, are built between 1919, and 1940 . The buildings, taking influence, from American style bungalows, and, or, villas. The building of these three houses, occurred, during, or around, the period, of world war two, or the inter war period. A period, where, the Shepparton Preserving Company, began producing tinned food, for the war effort, and adopted the navy bean, as a product. A period producing financial prosperity.
As the fortunes of SPC, and other businesses, like Mooroopna’s cannery grew, so did Cario Street. The street developing from weather board buildings, in the twenties, and thirties, to architect designed houses. Houses that where less utilitarian in there design. It could arguably be said, that the three homes, of Cario Street, where built with money, directly, or indirectly, related to the war effort, and food production. Although 85-87 was built, around the time, that surveyors, where surveying, for the construction of the regions irrigation system, in 1888 . There for, their construction, as arguably, architecturally beautiful houses, correlates, to the agricultural development of the area. And the wealth generated by that endeavor.

Are these houses protected under a heritage listing?

No, the houses are essentially unprotected, with only 85-87, having tree controls. There are no controls, on external or internal paint, fences, and, on the modifications, of out buildings.
As records, of the development, of Shepparton, and ,as architecturally significant buildings, they are still in a transient position, without sufficient protection.

The houses, where not read as per Lake, revealing the lives of woman. But in following Lake’s lead, in reading a house, as a document, or in this case, the group of homes, as a document, we can see into, the financial lives, of the residents, owners, and into the finances, of the area. A correlation exists, around the four buildings, their construction, the development of agriculture, and of food processing, in the Goulburne valley. 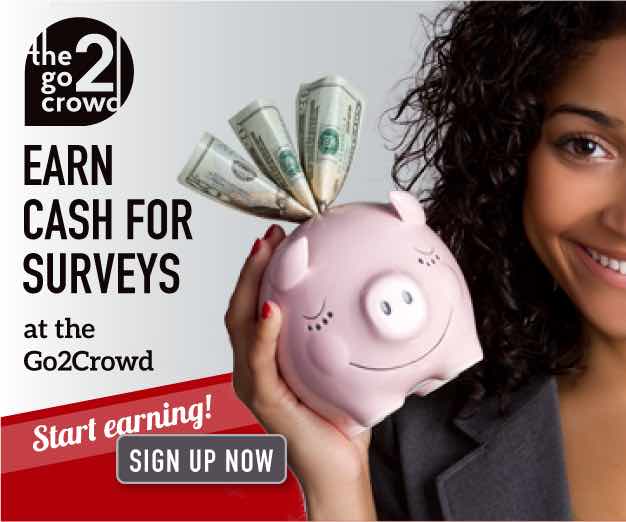 Want to be the Next MicroCap Millionaire?
(Don't Miss This!)